The STUC will be moving premises later in the year into a new purpose built Centre at Landressy Street, Bridgeton, Glasgow.

Maths Week Scotland - ‘Maths – it was different in my day’ 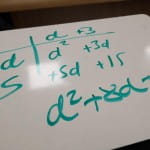 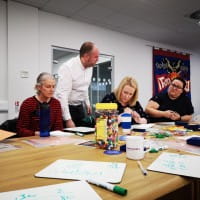 On Wednesday 2 October, as part of Maths Week Scotland, ASLEF in partnership with UNITE and Usdaw, and with support from Scottish Government, organised two successful learning events at Community the Union’s excellent training facilities in Glasgow. The sessions focused on how maths is taught in schools today and provided the ideal opportunity for parents to learn how to help their children with their maths schoolwork. It was also a fun and relaxed way to brush up on maths skills more generally, with like-minded adults for whom maths might normally be a subject they would rather avoid!

The sessions were led by Paul McLellan, the Principle Teacher of Mathematics at Lourdes Secondary School, and Gillian Molloy from Govan High. After putting everyone at ease, Paul and Gillian introduced the group to modern ways of carrying out multiplication and division calculations, comparing fractions and working with decimals. Participants even learned the 17 times table in five minutes!

The overall message of the session was that maths can be fun, useful and simple.

Everyone who took part in the sessions would like to thank Paul and Gillian for a fantastic learning experience and also thank Laura Ross from Scottish Government who made the event possible.

Registration for the Scottish Union Learning Conference 2019 is now open

Registration is now open for the Scottish Union Learning Conference 2019.

Nominations for the STUC Union Rep Awards are Now Open

The nomination process for the STUC Union Rep Awards is now open.

The TUC is currently undertaking a major piece of research into the role of union reps in the modern workforce including a UK-wide union reps survey. (The anonymised data from the survey will be shared with the STUC)